Last week I was in New York city on business, and I managed to take time out for a sunset cruise of New York harbor, including (of course) a swing by Ellis Island and its most famous landmark.  My phone doesn't take great photos, but here is my best shot of Lady Liberty.  I had never sen her in person before. She looks darn good for her age! 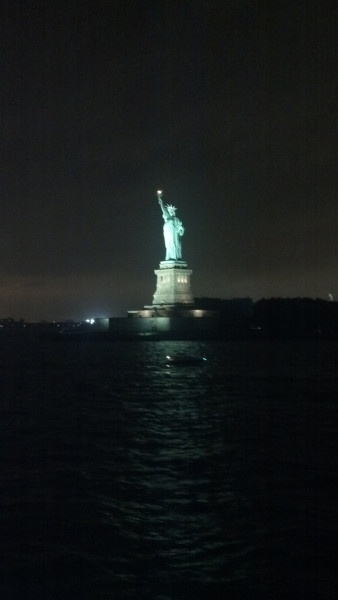 The bridges were pretty cool, too, and the skyline itself is beautiful. Because the streets are laid out in a much more uniform grid than cities like DC, there are places where there is a gap in skyline, almost like a canyon, and you can see all the way through the city. I didn't get any photos of that because my camera was too slow, but it was a neat effect.  So was the view of sailboats against the skyscrapers, which I did capture. 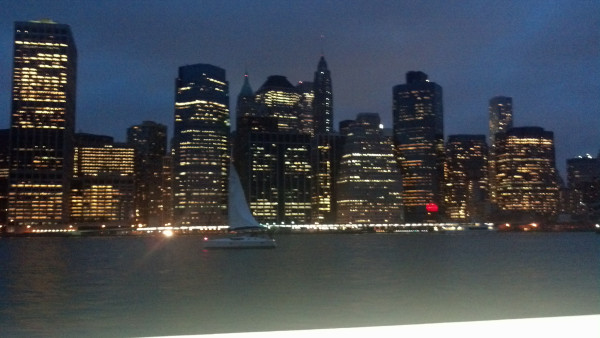